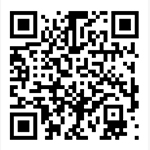 On June 24th, the deputy director of Propaganda Bureau of State-owned Assets Supervision and Administration Commission, Han Tian surveyed our company to give the guidance. The deputy minister of Party and Masses' Affairs Division of CCCC (the Ministry of Corporate Culture) Mrs. Tian Jufang and ZPMC’s president and also the deputy secretary of the party committee, Mr. Huang Qingfeng were in accompany with Han’s research and survey.

At ZPMC’s Changxing Branch, Han Tian knew about the current production state in the workshop, and heard a report about the development of the company.

Huang Qingfeng introduced the basic situation of the company in detail, combined with the current eight main businesses, and explained the transformation and upgrading in five aspects from four dimensions, namely design, R&D, management and service: from made in China to created in China; from selling products to selling competitive products; from selling equipment to selling system; from selling hardware to selling software; from the mode of production, management and business in 2.0 era to a new mode in 4.0 era. Huang Qingfeng said, when ZPMC was getting bigger and stronger, it will still continue to fulfill social responsibility, and actively participate in the strategic construction of "One Belt One Road" and "five providers in the cross", promoting common development of domestic spare parts market and leading a group of "Made in China" "going global".

Han said ZPMC has made brilliant achievements in 24 years after its establishment and served as a global benchmark in the same industry. She noted that in addition to the favorable global development environment and the opportunities of national development, ZPMC’s development is also related with staff’s passion in their work, perseverance and innovation, strong brand awareness and good market pioneering spirit. She hoped that ZPMC would continue to carry forward ZPMC’s spirit in the future development and further enhance its brand influence, which will not only make "national brand", but also make "the name card in the worldwide."

Some members of ZPMC’s leadership team, main leaders of Changxing Branch and relevant person in charge of Party and Masses' Affairs Division and office, etc. participated in the  survey.